“What does being alive mean? What is happiness?”

Eleven days journey in Bhutan.
It was such a fresh and pure experience for us…

We received so many GIFTS during this trip.
We would like to share all these GIFTS with our readers.

This Japanese web essay consists of 20 stories.
We would like to share our thoughts and experiences of Bhutan with more people all over the world especially with the youth in Bhutan. So here, let us translate and introduce the last three stories in English.

We would be overjoyed if you all can feel the happiness and the meaning of life through our stories.

Finally, today is the last day of the 11 days journey in Bhutan.
We requested Amon san to summarize the impression of the trip. 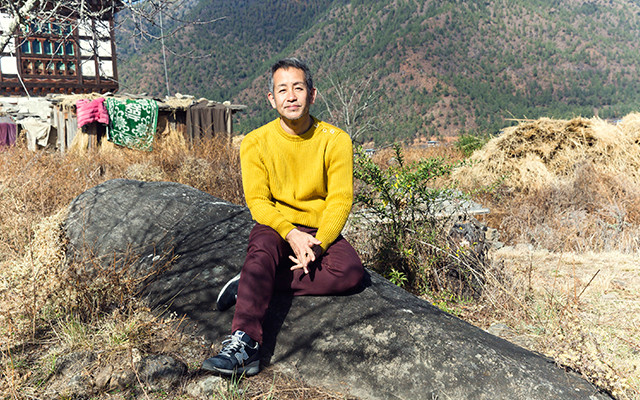 “His Majesty the King of Bhutan tells his innovative idea of development to the people from his heart. It is the idea that humanity comes first, which every nation has been trying but yet to achieve.”

“”Frankly speaking, I had totally wrong idea of Bhutan before I came here. I thought it is just ourselves, people from developed countries, who consider Bhutan as a country of happiness because of its innocence. I thought people are forced to be happy by strong authority.”

“However it was completely opposite. Bhutanese people themselves discuss very well. They listen to each other. They discuss not to be rich or materialistically wealthy but to be happy and be content. I have never met anybody else who have been thinking and discussing such an important topic. Even after going back to Japan, I would like to know more of His Majesty’s words and I really would like to keep an eye on Bhutan for long time.” 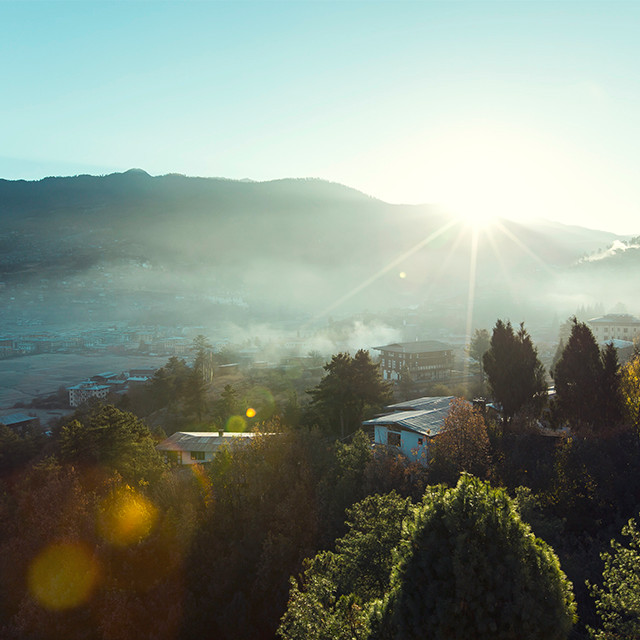 Amon san was impressed by His Majesty’s heartfelt words. Now how does he think about “Scale of Happiness”?

“Some commit murder, some abandon their own children for the sake of their own happiness. Those people never consider other people around and all over the world. Though we cannot feel contentment from such selfishness, I know that is the human nature.”

“However, everybody feels and understands deep inside heart: Loving and being loved, caring and being cared… there is always something more than LOVE and sometimes we cry, smile, laugh and feel ALIVE… I think Bhutanese people call such things as HAPPINESS.”

“Bhutanese people’s happiness is never judged from outside or others. It is the scale existing inside everybody’s mind. When we are impressed by something, feeling good by doing good… we call such time as happy. It is invisible and difficult to explain but I feel such thing is the most important to live our lives.”

Bhutan made him realize that scale of happiness exists inside everybody’s mind.

“I am still learning stage in my life. I think living is training. After coming to Bhutan, I clearly understand that everything including tough times can be taken positively. We can reborn in better way by making effort right now. That means: If we change, our future will also change. We don’t have to get angry and give up our life so easily. Bhutanese people smile peacefully because they know such philosophy.” 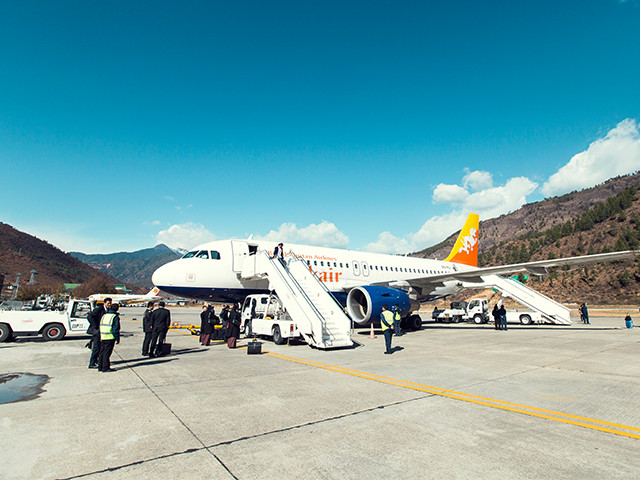 Going back home from Paro International Airport. “Bhutan was amazing! I will come back!”

This is the last question for you. How was Bhutan for you, Amon san?

“I also realized that human being still have full of potential. We don’t have to give up. If we have strong core in our heart and not to be influenced by others and not to try to compare each other, there is always full of hope.”

please do visit Bhutan. You can find treasures of majestic nature and wonderful smiles here!”

Director / Artistic Director
Born on 4th Janurary 1958 in Ginza, Tokyo, Japan.
He has directed a variety of arts such as musicals, straight plays, operas and KABUKI worldwide.
http://amon-miyamoto.com/jp/

Special feature
【英語版】Talk with the officer from GNH Commission