“What does being alive mean? What is happiness?”

Eleven days journey in Bhutan.
It was such a fresh and pure experience for us…

We received so many GIFTS during this trip.
We would like to share all these GIFTS with our readers.

This Japanese web essay consists of 20 stories.
We would like to share our thoughts and experiences of Bhutan with more people all over the world especially with the youth in Bhutan. So here, let us translate and introduce the last three stories in English.

We would be overjoyed if you all can feel the happiness and the meaning of life through our stories.

It’s the last night of our trip to Bhutan. By remembering every single experience during this trip, Amon san rethinks the meaning of his visit to Bhutan at this right moment.

“I think it was really necessary for me to visit Bhutan at this time. By living in Japan, I have been wondering and somehow worried about where Japan is heading to. I also had no idea how to explain the future image of Japan.”

“These thoughts came to me because I had lived in Okinawa, the southernmost island in Japan. It used to be a place with a relaxed lifestyle. I wished it would remain the same. However, with so much development, many have migrated from the cities to live there. In the end, Okinawa has become just like Tokyo with a very rapid pace of life.”

“Perhaps, it is only outsiders like us who lament over such rapid developments. May be the local people appreciate these developments because their life has become as convenient as in the cities. I know it is kind of my ego saying ‘please conserve this place as it is’, so I could not say that to the local people for the past 10 years. If I did say it, it would probably sound like I was trying to create my own paradise there.”

“In that sense… for me Bhutan’s policies are just amazing. They have a tourism policy centered on the concept of “High Value Low Impact” which protects their culture and nature. This reflects an extremely strong will of the Bhutanese people. Of course, there are some who are against such a policy as it makes it difficult for the tourists to visit the country, but I feel this strong will of the Bhutanese people will not change so easily. So naturally, Bhutan is trying to welcome those who appreciate the values which Bhutan is preserving. I really think it is not easy to protect such values in this globalized world but Bhutan is doing it and so I respect Bhutan very much.”

“If Bhutan had given priority to only economic development, this nation would have been messed up like any other Asian countries. It is really forward-thinking on the part of the Bhutanese people not to follow only economic growth. Otherwise the precious and beautiful nature Bhutan would have been destroyed.” 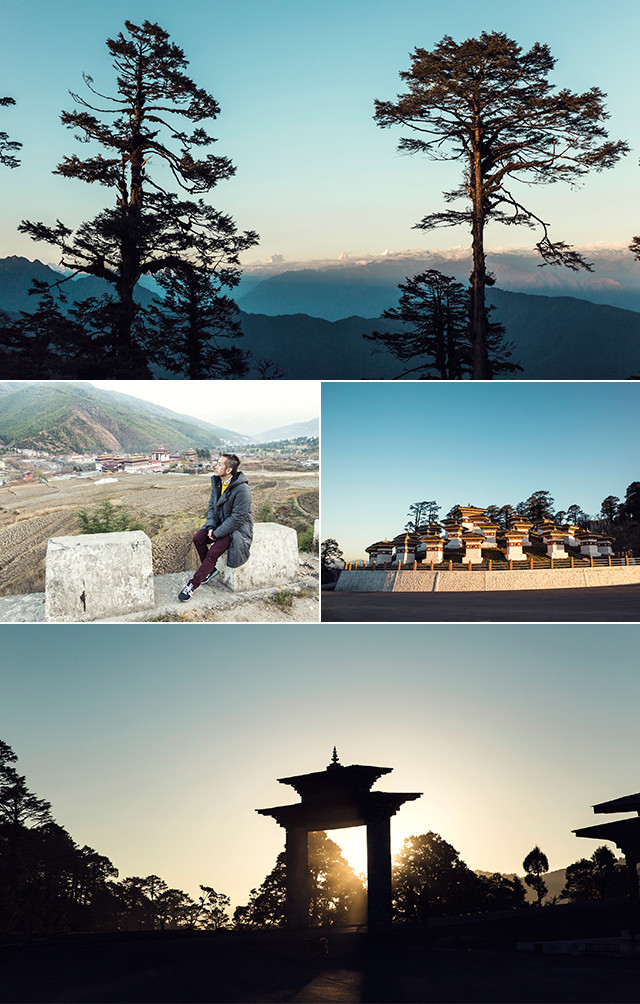 Dochula pass, on the way to Paro from Phobjikha. A majestic view of the Himalayan range.

Amon san continues to talk about the amazing power of Bhutan.

“Bhutan is a multi-ethnic nation. This is the first time that I am seeing such a variety of faces in one country. Some look like Anglo-Saxons, some like Indo-Aryans, some like Tibetans. These faces represent a mixture of ethnicities and I feel that is why Bhutanese are good-looking as well.”

“Though Bhutan is such a small nation, the people have accepted different ethnic groups and created history. That is why Bhutanese people accept and take care of all visitors as if they love all humanity. In this small nation, everybody thinks ‘It is no problem that everybody is different.’”

“His Majesty the King of Bhutan also mentioned that ‘everybody lives together by accepting each other’. I am sure not only Bhutan but also many other countries would be able to learn many things from this message.” 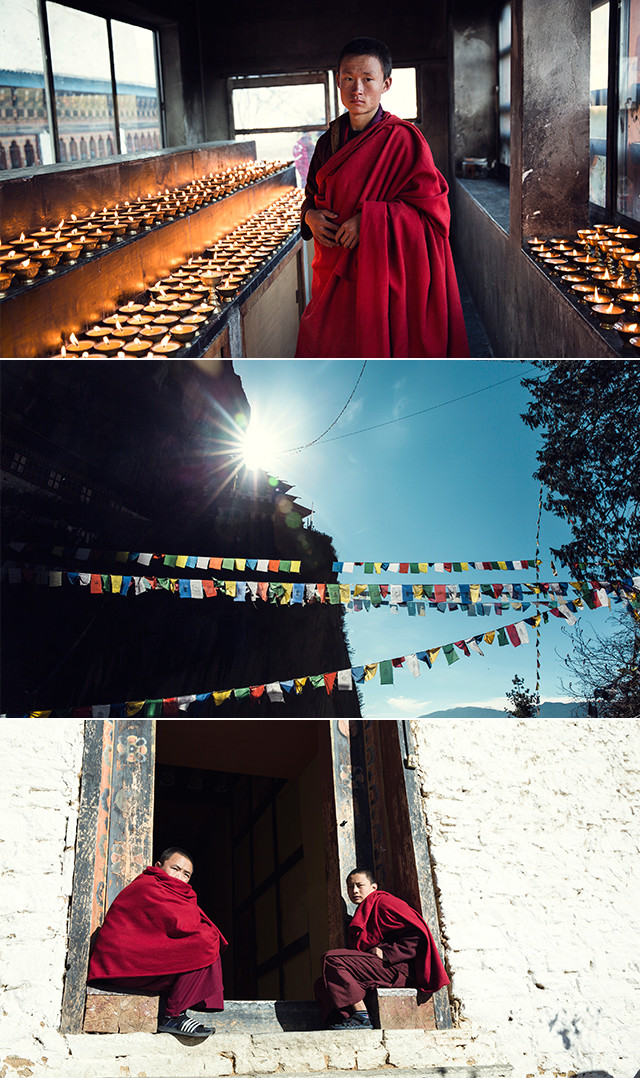 “I also found that prayers are very important here. Whichever farmhouse it is and whoever they are, everybody prays for all sentient beings to be released from sufferings and be enlightened.

I think not many people in this world pray for all sentient beings every morning. Most people pray for their own wellbeing first.”

“I am really amazed by the Bhutanese people’s prayers. The people always pray for others though I can say there are less rich people in Bhutan compared with other parts of the world. I feel that such prayers for everybody would make us happy. This means that we are born as human beings and live among people.”

“His Majesty’s messages are always very natural. I feel that those messages came truly from his heart as a pure human being. That’s why those messages really touch our hearts so warmly and reach all over the nation. It’s just amazing.”

Through the journey to Bhutan, now Amon san is about to find the “Scale of Happiness”…

Director / Artistic Director
Born on 4th Janurary 1958 in Ginza, Tokyo, Japan.
He has directed a variety of arts such as musicals, straight plays, operas and KABUKI worldwide.
http://amon-miyamoto.com/jp/

Special feature
【英語版】Talk with the officer from GNH Commission